Dear friends and family! Thank you so much for your continued prayers and support for our work here in Japan! We are sorry that we haven't been good at keeping you up to date. But it really does mean a lot to us to have your support! We could not be here without you. YWAM Japan Conference A recent highlight for us was the annual YWAM Japan staff conference! Every year, all of the YWAM missionaries throughout Japan come together to worship, pray, talk business and to catch up on each other's ministries. It was a really encouraging time to get to know the other missionaries and to hear what God is doing all over Japan! The above image is of all the Japan missionaries (though Naoko was watching Kai as he slept!). We stayed at a location near to mount Fuji so it was refreshing. Kai was very well behaved for the 3 nights we were there and he proved quite popular with everyone! Below are a couple more pictures! Prayer for Tohoku! One of the focuses for the conferenc
Post a Comment
Read more

By Gary & Naoko - August 27, 2016
Hello! So, I am now enrolled at Kings Evangelical Divinity School (KEDS) on the Master of Arts in Theology course! It has been quite a process to get to this point! And for you, maybe you are surprised by the speed in which it happened! I wanted to go into a bit more detail with explaining my journey to Bible school. So, I have been wanting to get more Bible and theology training for a long time now, but it never felt like the right time. God has wanted us both to be in full-time ministry here in Japan. After being here together for two years, my wife and I were praying and dreaming about what the next season may look like and what God wants us to do. We started to feel that it may be God's timing for me to pursue this training now! And we felt that this training will really help with what God has for us in the future, particularly thinking about starting new ministry in the northern part of Japan: Tohoku. Also, it seemed like the best timing for me to get further training befo
Post a Comment
Read more 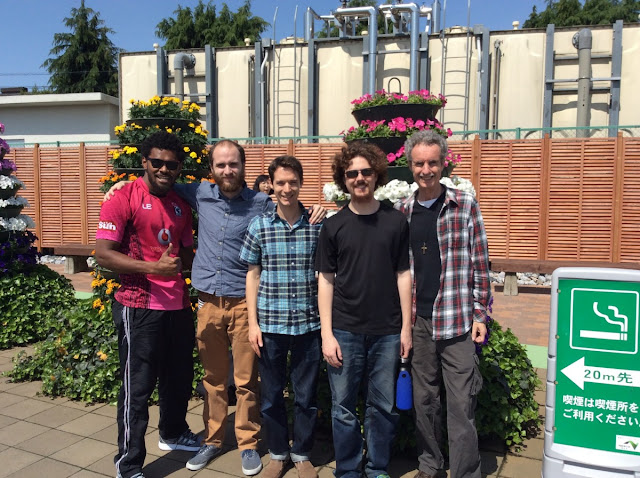 When first praying about starting a new YWAM Operating Location in the Tohoku region, we felt that God wanted us to pray for His heart for all of the largest cities in the 6 prefectures. Last year we went on our first vision trip to the lower three prefectures: Miyagi, Yamagata and Fukushima. So this time, the main focus for the trip would be to pray over the largest cities in Aomori, Iwate and Akita. As a secondary focus, we wanted to make some connections in Kamaishi, Iwate. This city will be a host for the 2019 Rugby World Cup, and we are interested in partnering with local churches for outreach during the games. The team consisted of Mosese from Fiji, Tom from England, myself, Ryan from the US and John from England. Sendai City, Miyagi Prefecture 7 May During the planning of this trip, we were originally going to travel straight to the northern three prefectures, while driving around the edge of Sendai, but not going in. While praying, I felt that God was saying we sho
Post a Comment
Read more 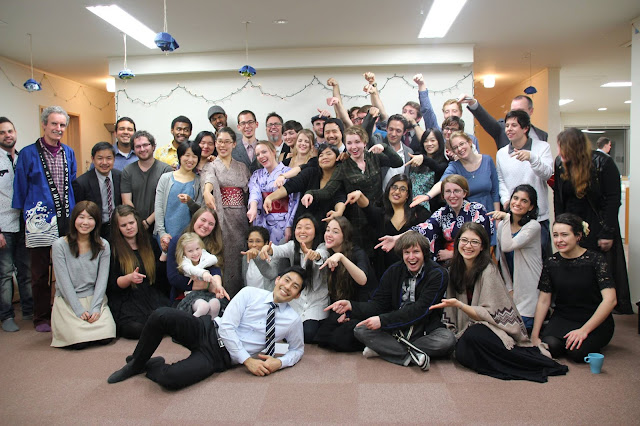 Graduated! February 2016 Hello to all of our wonderful friends and family! We hope this update finds you well! I am typing this from my brand new (and fast) laptop! For those of you that don't know, I was able to purchase a new laptop because of many generous gifts. It has already been such a huge help! You can find my laptop update  here . Anyway, here's what we have been up to recently. Tohoku Outreach After the students arrived back from their outreaches to the Philippines and Thailand, we took a group of 10 people to the northern region of Tohoku. Thank you for praying for us! We got back on the 12th of February after a great 4 weeks! The team was really unified and joyful the whole time and many of the people we worked with would mention how much of an encouragement we were. The team also really enjoyed the area, with a few of them saying they would like to visit it again in the future! For the first week, we stayed in Yamagata at Naoko's gran
Post a Comment
Read more 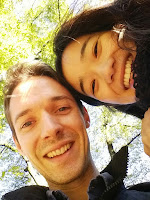 Merry Christmas & Happy New Year!    Special Update 2015 Dear our friends and family both here in Japan and across the world, Merry Christmas! We hope this finds you well! We have had a busy season with DTS, but now we can finally sit down and update you with some of what we have been up to. DTS Lecture Phase For the past 11 weeks, we have had teachers come and teach the students about God, about who we are as His children, and how to reach out to those that don't yet know Him. It has been a wonderfully busy time, and we are kind of sad to see it end! Just yesterday, the students flew out to the Philippines and Thailand for the first half of outreach phase. During lecture phase, I (Gary) have been in charge of transportation, which has involved purchasing hundreds of train tickets for various mid-week events, and Naoko has been in charge of guest speaker hospitality and making sure they are cared for during their stay, and also doing lots of interpreting, e
Post a Comment
Read more 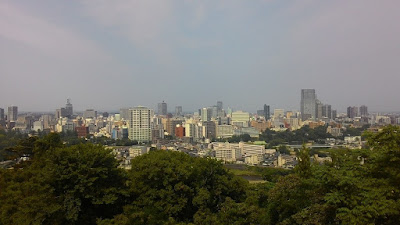 We are back! Thanks to your support and prayers, we were able to go on our first vision trip to the least reached area of Japan. For those of you that have been praying for us, we want to say a huge thank you! Your prayers carried us through each day of the week, and now we are safely back in Tokyo after an amazing time in Tohoku. Here's an overview of how the trip went. In each location, we prayed over the city from a high viewpoint and met with pastors who are already working there. This helped us have an idea of how God is working in Tohoku, and how YWAM can help serve there long-term!  Sendai City, Miyagi Prefecture Our first stop was the most populous city in the region. We spent 3 nights there staying at a church and we were able to meet a young pastor who founded a ministry which is still serving in the disaster-hit areas, while also partnering with various churches. During our visit, a group of local pastors was having a meeting in the next room and we got to sa
Post a Comment
Read more
More posts